Well, I tried. I called Habitat for Humanity and ask them to come and pick up all this extra lumber and nails and odds and ends of furniture.

Well they told me they only take put together furniture and no Lumber. Well hell.

Then they took a twin bed and the two rails but didn’t take the 4 x 8 sheet of plywood that goes as the Bunkie board on the bed. So I’m left with this huge sheet of plywood.

They wouldn’t take a large Broyhill entertainment stand that I have because it was too large.

So then I tried the Furniture Bank. They came out with a big truck two guys and I’m thinking oh yeah this is it. They come in they tell me the stand is too tall and they can’t take it. Then they go down the basement and try to move that solder pressboard entertainment center up the steps. It’s 55 in tall and they said it would hit the ceiling going up the steps at an angle. I told them I am 55 in tall and I don’t hit my head going up the steps. But they didn’t believe me so they asked for measuring tape. I gave him the tape and he still was not convinced it would go up. So they picked it up and try to tilt it and broke the side of it off. So then they said oh we’re sorry and they don’t think it’ll go up so we’ll have to leave it. 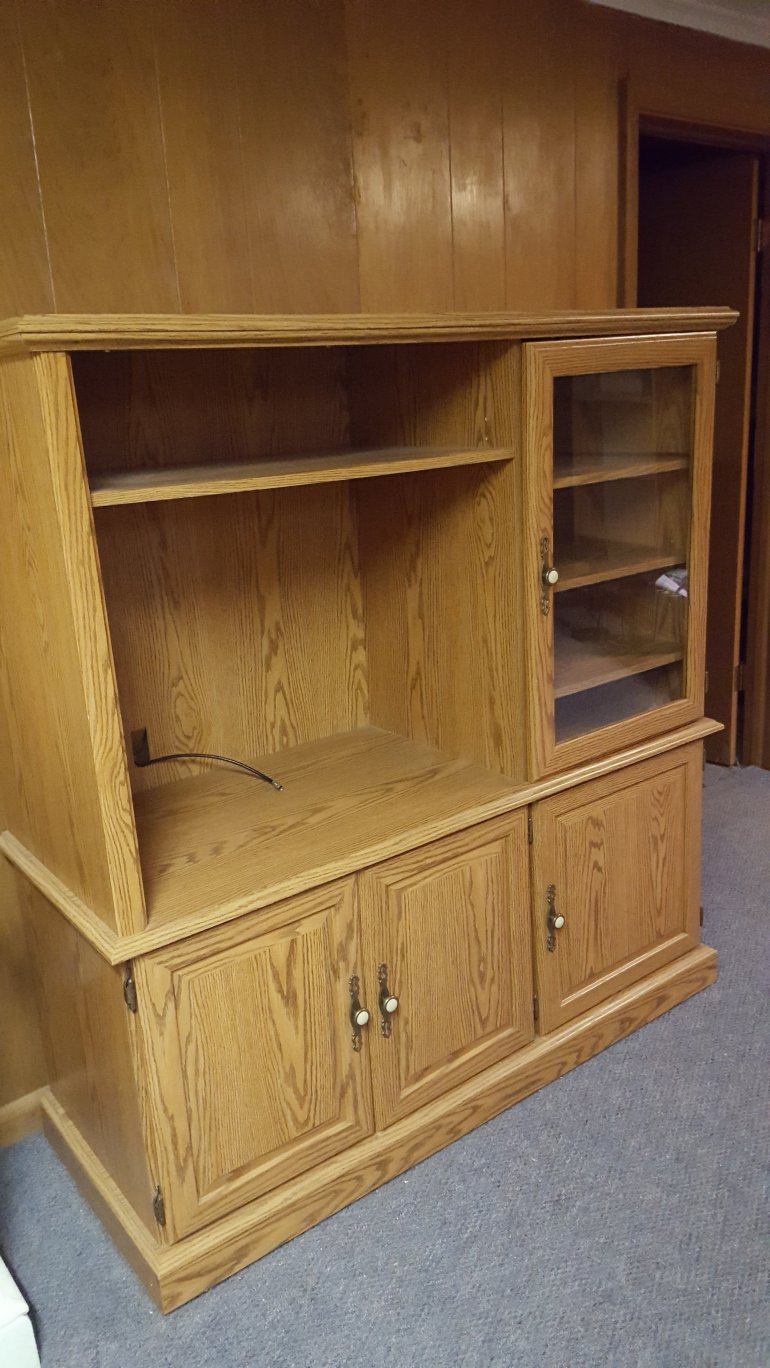 Now I’m here with a broken piece of furniture down the basement and a huge media center upstairs in the middle of the room.

So that I call Volunteers of America, Vietnam veterans, and Goodwill, they all said sure will take it but it has to be at the street. There’s no way I can lug this huge thing to the street. So it looks like it’s going to have to be sold with the house.

So I guess I am doing a good thing by giving it away. Now I move on to my next project. Emptying out the Pod into a U-Haul. Until next time, happy trails and camp on!